As you all know, it’s National Breastfeeding Awareness Month!!  And I am a breastfeeding mom.  Today also happens to Romance Wednesday.  So, I’ve decided to combine the two.
I started breastfeeding in 2008 when Moo was born.  For me formula wasn’t even an option.  It’s my belief that breastfeeding is how God intended for us to feed and nurture our children if were able to.  Not to mention, I had an allergy to diary throughout my entire pregnancy and figured that my baby was most likely allergic.  I’m not even sure how my strong desire to be a breastfeeding mother started or where it came from.
I just know that one day my husband and I were talking about things we wanted to do after the baby was born.  He asked if I was going to breastfeed or use formula and I replied “Breastfeed.”  I didn’t even take a moment to think about it.  The words just kind of rolled off my tongue.  I was kind of shocked at how certain and confident I felt about my choice. 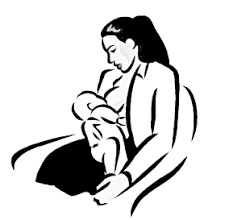 At first, my husband wasn’t on board with the whole idea of me breastfeeding.  His fear was what every man’s fear is—the changing of the boobs. LOL. I just had to break it down to him that I was breastfeeding end of discussion.  If my boobs changing was going to be an issue then he could walk.  He sobered up quickly.
Knowing how he felt about breastfeeding, I was kind of shocked that when I came home from the hospital he was so supportive.  That first night was rough.  I was sore from my stitches and the whole getting up and out of bed was not going to work.  Thankfully, my husband did all the getting up and out of bed.  We weren’t initially going to co-sleep, but it somehow morphed into just that. (Later post.)
I kept waiting for him to pressure me to switch to formula but he didn’t.  He stuck right by me.  He kept my ice packs frozen to help with my engorgement, made sure I was comfortable and did store runs for milk pads and nipple cream.  And when my mom (who I thought would have been my biggest supporter) turned out to be the one who kept hounding me about putting Moo on soy formula or pumping only, it was my husband who stood up for me.
Breastfeeding showed us both somethings.  It showed me that I could follow through on a long term commitment and that he really was my biggest supporter.  It showed him that he wasn’t with me because of my boobs.  He was with me because of who I was and not what my assets looked like.
Here I am on round two and he’s even more supportive than ever.  We did have a little power struggle early on but like last time he realized breastfeeding was truly what was best for us and JJ.  So, ladies don’t give up on breastfeeding if it’s what you want to do. So, what your partner or family doesn’t support you.  Keep doing it and eventually they’ll either get on board or shut up about it.
Men, the same way you like for us to be understanding of your video game and sports habits, we expect the same when it comes to breastfeeding.