Although, I’ve only been married to my husband for ten months, we’ve been together seven years.  I can tell you that one thing I learned was that a relationship can thrive or last without respect.  And that’s something that I think a lot of couples have forgotten.  They don’t respect their relationships or their spouses.
For example, I was on Facebook this past week when I stumbled across someone’s status that asked whether wives/husbands had an issue with their spouses going to strip clubs.  Of course, I would have an issue with my husband going and he would have an issue with me going.  We’re not insecure with our marriage at all.  We respect it.  As Christians, we are both aware that God has commanded us to keep our marriage sacred. 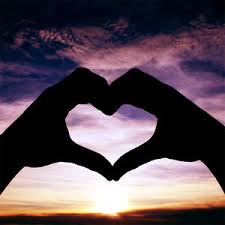 I can’t tell you how many people said they actually encourage their spouses to go and check out strip clubs on the regular.  I kind of felt a bit disgusted.  As my husband’s wife I would like to hope and know that I am keeping my husband fulfilled sexually so that he doesn’t have to feel the need to seek sexual satisfactions from any other source.  Some people will argue that strip clubs are entertainment or places you go to have fun.
I wonder if you’re just looking to have fun, why can’t you play a board game or go swimming?  So many of us have gotten caught up in the traps set by society.  And we don’t know that we’re headed down a road of doom until it’s too late.  There are ways to keep a relationship spicy and interesting without disrespecting the holy union that it is suppose to be.
When you and your spouse accept the expectations and guidelines for marriage as outlined by your particular religion then you will find that things run a lot smoother.  And in this society when so many couples aren’t bothering to fight for their marriages during tough times, it makes sense to minimize those hard times as much as possible.  So, today sit down and ask yourself if you and your spouse are respecting your union and each other?  Are you being a good example of what a great relationship is suppose to be for children and those looking up to you?

respect
Next PostTell Us Something Good: Sisterly Bonding
Previous PostAll In A Dream