Case Of The Missing Trashcan

So, the bathroom is our partially detached rental is small and very plain.  And lately, I’ve been watching a lot of HGTV and DIY.  Anyways, I got the bright idea to glam it up a little bit.  Just because it’s a small bathroom doesn’t mean it has to feel like a prison cell for the short amounts of time that we’re in there.
My first project was going to be glamming up the trashcan.  I got a little metallic silver spray paint by Krylon, dug out my rhinestones and adhesive and was checking on some cute scroll stencil.  I don’t know about you guys, but I can’t stand a yucky, nasty looking trashcan.  Yes, it’s holding trash but it can still look cute. 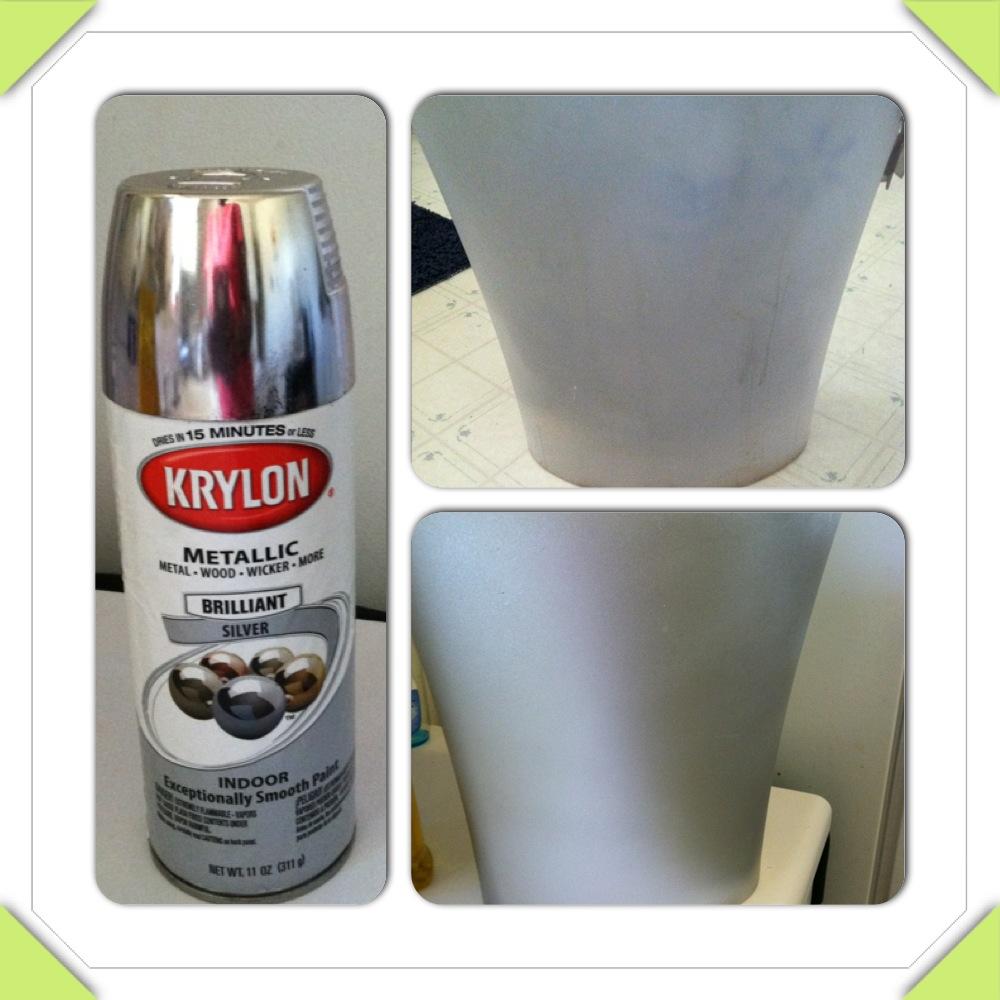 Well, we live in a very safe and secure neighborhood.  I for a fact that many of our neighbors don’t lock their doors-front door or screen door.  Even when they’re not home, they’ll  them unlocked.  So, I didn’t think twice about leaving the trashcan outside to dry really well after I put on a second coat.  Not to mention, I kind of wanted the that spray paint smell to die down before bringing it into the house.
Plus, we have sprayed larger items and left them outside in the front yard overnight with not problems.  However, this morning I woke up all excited to see how it dried and start adding the rhinestones on it.  There was one problem though.  My trashcan was missing!!
Yes, folks apparently my trashcan grew legs late last night or some time before dawn and ran off.  Not wanting to overreact, I decided to come back inside and check and see if the Mr might have decided to grab the trashcan on his way in when he got home this morning.  But it wasn’t in the kitchen or anywhere.  My sparkly trashcan has officially be declared stolen folks!
And yes, I considered calling the police to report stolen.  And yes, I know it’s just a trashcan, but the fact that our little neighborhood now has a thief lurking around bothers me.  What if they decide to come back and swipe something bigger.  It’s holiday time and the nuts are out there folks.  But seeing as to how they didn’t steal any of the Christmas decorations or the grill or any of the scooters in the neighbors’ yards.
I’m just sad and upset more than anything because it almost feels personal.  Like you don’t bother to take any big ticket items or anything from my next door neighbor but you think it’s funny or cool to swipe my trashcan?  Anyways, looks like I’m heading back to store and will give this thing another try.  Hopefully, trashcan number 2 doesn’t turn missing.
Have you ever had items go missing from your yard?
bathroom
Next PostThankful Thursday
Previous PostXlear SparX