November 2, 2016
Happy November y’all!  2016 is coming to a close in give or take 60 days.  As usual, I feel like this year went by way too fast, but I won’t complain about it.  This year been full of changes for me and my family that I know will lead to bigger and better things in the upcoming New Year.  Since I haven’t been updating you guys on all of the happenings around these parts very often, I thought a Recently post was in order to bring y’all up to speed.

Started | I’ve been keeping a secret from you guys.  For almost two years I’ve been having a strong desire to officially become a member of the BookTube aka YouTube for book lovers/nerds (like me) community.  I thought I was going to start my BookTube journey last year, but chickened out.  Also, I chickened out earlier this year.  It just felt like some sort of elite club that I might not be cool enough to be a part of.
Anyways, this year I’ve really been working on getting more comfortable being in front of the camera and shooting videos.  So last month I decided that enough was enough.  I took the plunge and became a BookTuber!  You check out my first video below
So far everything has been great.  My channel is still fairly new but already I’ve made some new friends and even gotten my first BookTube shout out from another more known and established BookTuber, Olivia from iLivieforbooks.  I’m super excited to have a dedicated space to fangirl over my favorite books and authors as well as to talk about writing.
Loved | Last month I was cleaning out the kids’ iPad and realized that I’m raising a future model and a mini photographer/videographer.  Can who’s going to be which?  Maybe the pictures below will give y’all a clue. 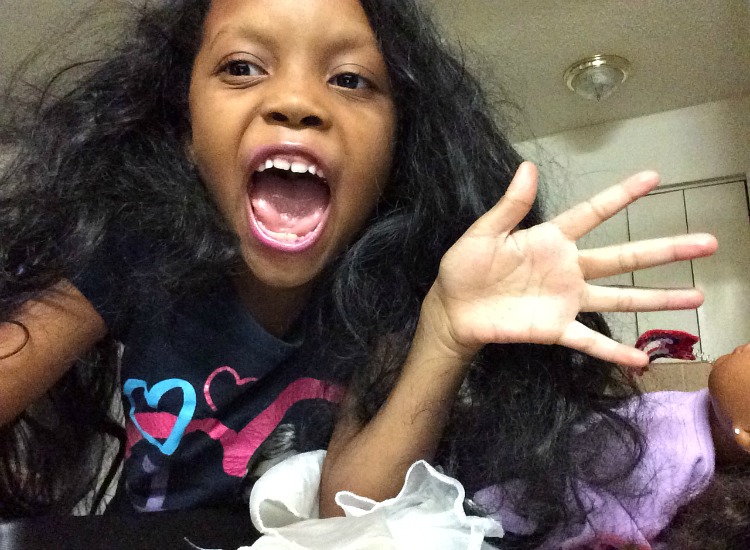 I absolutely loved this pictures of Moo with her personality really shining through.  I’m pretty sure I shared them with all of my family members as well as on my Instagram and the YUMMommy Facebook page.  They were just too adorable not to share.  This wasn’t her only photoshoot either.  Not to be outdone JJ snapped these pretty decent shots of his bff Thomas the Tank Engine and Luke.

Celebrated | For the last three years it has rained on Halloween here.  We purchased costumes for the kids the first two years, but skipped buying them the third year.  We were only going to be home chilling on the couch with our favorite snacks and watching our favorite Halloween movies anyway.  Fast forward to Halloween 2016 and we skip costumes again because I’m expecting our tradition of Halloween Rain to continue.  Guess what y’all?
It didn’t rain this year!  The kids asked to go trunk-or-treating at our favorite baptist church and I obliged them.  Although we didn’t have official costumes (Moo found a Doc McStuffins dress up shirt and JJ wore a ‘Zombie Ate My Homework’ shirt), we still had a blast celebrating Halloween with some friends from our old neighborhood.  The kids got to play games like pin the nose on the pumpkin, JJ took his first hay ride and we got to get inside a real fire truck!  Next year we’ll be back to buying costumes.

Last month we also celebrated the fact that Moo has pretty much tested out of her grade level according to the standardized testing they took at the beginning of the school year as well as the gifted and talented test.  The testing only allowed for second graders to test to a fourth grade level.  Moo maxed out in the reading department and did pretty much the same in the math.  She’s already exceeded her end of the year goals for both.
She had been mentioning being a little bored in classroom, but I thought that she was only saying that because she wanted to homeschool with her brother.  I’m glad we have test results to prove that she’s actually bored because she’s so far ahead of her classmates.  Her teacher has recommended some apps and learning sites for us to use at home so that she can be more stimulated on her intellectual level.
Watched | Let me just off saying that I’ve pretty given up watching cable tv.  Between the horrible campaign ads and just not being able to find anything to keep my attention, I’ve spent a lot of time on Netflix these past few months.  I was beyond hyped when I found Marvel was filming Luke Cage and stalked Netflix for it daily just in case they released it early.  When they finally did, I binge watched it and y’all that show did NOT disappoint.  I’m already wondering when season 2 will start filming.
I finally watched the last episode of Orange Is The New Black.  I know I’m super late, but I had been putting it off because with everything going on in our society, the race issues and inequality issues were just hitting too close to home and I needed a moment to not get swept up even more in my frustration and anger.  Needless to say I cried some angry tears and a few tears of sorrow.
So I’ve become a bit obsessed British and foreign crime shows.  The Fall, featuring Gillian Anderson and Jamie Dornan, is my favorite and it felt like it took them forever to release the third and final season on Netflix.  I was not prepared for the way it ended.  Also, I binge watched Marcella, another British crime show, that really had me on the edge of my seat.  I don’t know how to talk about these shows without spoiling it so I’ll say just check them out, but be aware that they are a bit graphic and dark.
Disliked |  There’s no easy way to put this.  So I’m just going to come right out and say it.  For the past few months I have really disliked having neighbors.  A few specific neighbors to be exact.  I don’t want to go into details, but let’s just say that we you have share parking spaces, a lawn and other property, please considerate, clean and respectful.
The kids and I are looking forward to moving to the country where we can have our space.  Will we miss the convenience of city life?  Of course, having Target two miles away is hard to give up, but my sanity and detached living are more important.  I’m looking forward to the New Year when our closest neighbor will be several yards away.

What have you guys been up to?